It’s a cruel world to live in when people around you speak words that make no sense. Science is certainly one area, medicine is another. How about motorsport?

Sure. There are terms that motorsport has all to itself that people “on the outside” may not understand. We thought we’d take a look at a few!

DNF/DNS/DNQ. Three simple letters, three ultimately simple definitions. DNS is Did Not Start. DNF is Did Not Finish. DNQ? Did Not Qualify. Safe to say these three letters are generally the ones race drivers don’t want to see their name associated with.

DRS. This is one associated with Formula 1, and in truth, it’s a bit technical. The Drag Reduction System is part of the Formula 1 car’s overall aerodynamics package, and is governed by certain rules. One of them is that it can be used ONLY in designated areas of a race circuit. Another is that it cannot be employed until two laps of the race have been completed.

Formula 1 has a number of terms that can raise a quizzical eyebrow. KERS, for example, is one that still has people unawares of what it means. And just quietly, it’s something that is in cars that we can buy off the showroom floor. Kinetic Energy Recovery System takes the physical energy generated from braking and stores it in an appropriate device such as a high capacity battery or a flywheel. This then provides extra power when needed in accelerating. It also takes drive load from the engine and reduces fuel consumption.

That acceleration can be super handy when a driver wishes to “close the door” on another driver. The term is applied to a move a driver can make in front of another driver to stop them getting past them on the track. For example, a driver can see the driver behind him preparing to make a move on the left hand side. The leading driver can then prepare to “close the door” by moving to block his progress. Naturally there are rules and regulations as to when and how this applies.

Sometimes a car will be “in the draft” of another car. This is a term possibly more heard in NASCAR Racing. When vehicles move through the air they create a disturbance, an area of turbulent air, that will flow behind the vehicle. By “drafting”, a following vehicle is almost nose to tail and therefore in an area of air that isn’t as turbulent,  effectively being dragged along, therefore they have more chance of making a passing move.

That leads to what can be called a “slingshot pass”. By being in an area of air that isn’t putting drag on the car, it’s carrying significantly more potential energy and when it pulls out from behind that extra potential energy can suddenly propel the trailing car up and past the formerly faster car.

However, these kind of passes can lead to what is known as a “tankslapper”. A driver will feel the rear of the car “snap out” or break away by losing straight line traction. A great way to illustrate that is to grab the bottom of something long such as the humble 30cm ruler. Waggle the ruler so one end is firm and the other end moves back and forth significantly. The fuel tank of a car is generally at the rear so the back and forth motion will slosh or “slap” the fuel up against one side of the tank then another rapidly.

This can be enough to take the car out onto the “kitty litter” via the “marbles”. Marbles are the shreds of rubber that falls from the tyres and gathers on the sides of the track. These can reduce traction significantly, with the car running over the top of these and into the gravel traps placed strategically around a track. These are also known as the “kitty litter” part of a track. 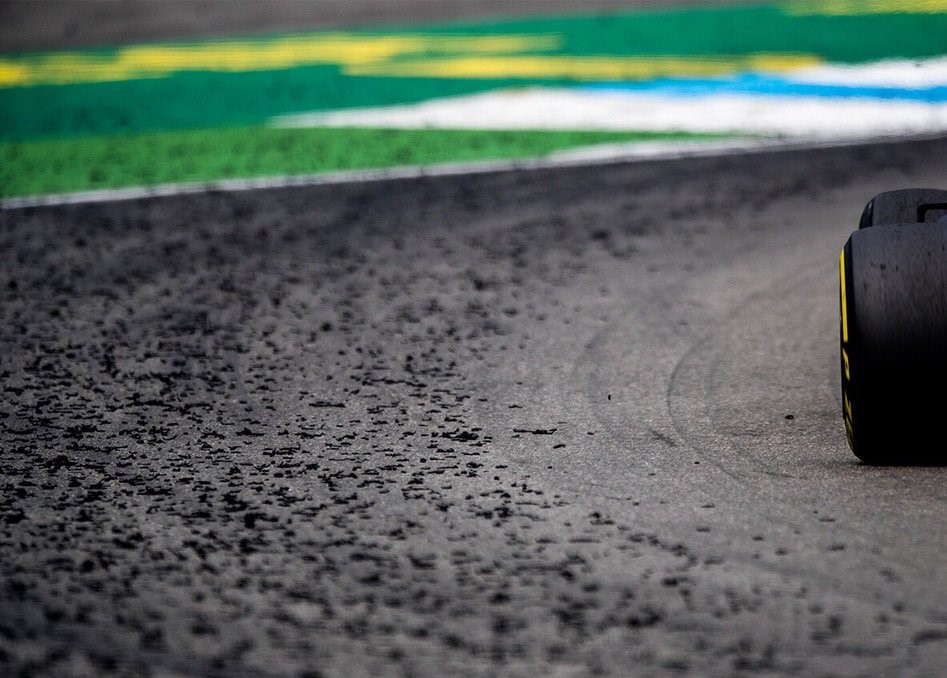 Marbles on a race track.

But to get all of this happening, a race must first start. Here, though, a start can be fraught with danger, as a driver in a “rolling start” can “jump the start”. Most kinds of motorsport start with the cars moving away from a stopped position. Others will be in motion as the starting flag is waved. This is a rolling start. But if a driver accelerates too hard, or leaves the stopped position before the flag is waved, they’ve jumped the start, and will be given a size ten in the backside from the racing stewards.

There are plenty more bits of jargon and we’ll cover more “down the track”.